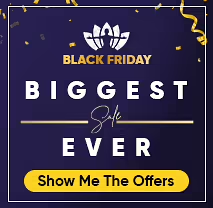 FOFO (The Fear Of Feeling Out) – The Most Dangerous Epidemic Spreading Across The World.

Back in the time of our tribal ancestors if you were rejected by the tribe it would mean no one would want your babies. Something as trivial as not being able to dance could end in rejection. If you were born a lighter or darker skin color than everyone else, such as an albino, or if you were much smaller or weaker than other members of the tribe you would most likely be excluded, and off on your own you would go.

Unless you were a real ‘renegade’ and managed to create your own competing tribe elsewhere, you would get outcasted, fail to pass on your genes, and would inevitably die a fast and painful death. The fear of this ever happening is perhaps the greatest fear of all and it still drives a lot of human behaviour to this day.

It seems we have moved on a lot since those tribal ancestral times, but has it really? The fear of feeling out or excluded is still a driving factor of a lot of human behaviour. The human need for belonging, connection and love is perhaps the greatest human need of all and is hardwired deep into the bio-survival circuit of the reptilian brain.

Just think back on your own life at how many things you did, decisions you made, events you did or did not attend, books you did or did not read, clothes you would wear or would never dream of wearing simply to fit into the culture you felt most attracted to. Marketing and advertising is all designed to create cultures within cultures, and to lose the deep seated fear of feeling out, to get you to the buy stuff that makes you feel more ‘in’.

Depression and anxiety is a serious epidemic around the world. A big reason for it is this growing movement towards becoming tribal cultures again. You may be at risk of depression if you feel you have been excluded by your current ‘tribe’ because for example you do not earn as much money anymore and you can’t afford to go to the same places as them, or perhaps you do not feel connected anymore to your workmates, peers, friends or even family. Perhaps you turned vegan, but they still eat meat, or you do yoga but they now think you are a weirdo for doing it and so on. Until you discover a new ‘tribe’ that makes you feel more ‘in’ then you may suffer from depression or anxiety, especially if it is your own family who are beginning to exclude you.

However you can actually respond better to change and become adaptive by controlling this primal fear response.This can help you prevent this fear manifesting into something much worse like chronic disease and depression. Instead of overacting and letting this fear take over your life you can learn to ‘charm the snake’, get back into your ‘flow’ and find or create a new ‘tribe’ that lives by your values.

It is this irrational fear that makes you consume things you do not really want, or conform against your own will just to fit ‘in’, or never be able to speak in public or freeze at the sight of a person you admire. This is not really you – it’s the reptile, and by charming the snake and making it your friend, it can help you significantly lead a more happier and fulfilled life.

As crazy as it sounds it is by learning simple breathing exercises that you can actually become cool and calm when bombarded with negative comments, insults or even rejection. You can become a liberated superhuman!

EXERCISE: How many things do you unconsciously do due to FOFO? List them and see which ones serve your best interests and which ones do not.

Meditate on becoming liberated from these negative attachments during your breathing sessions this week.